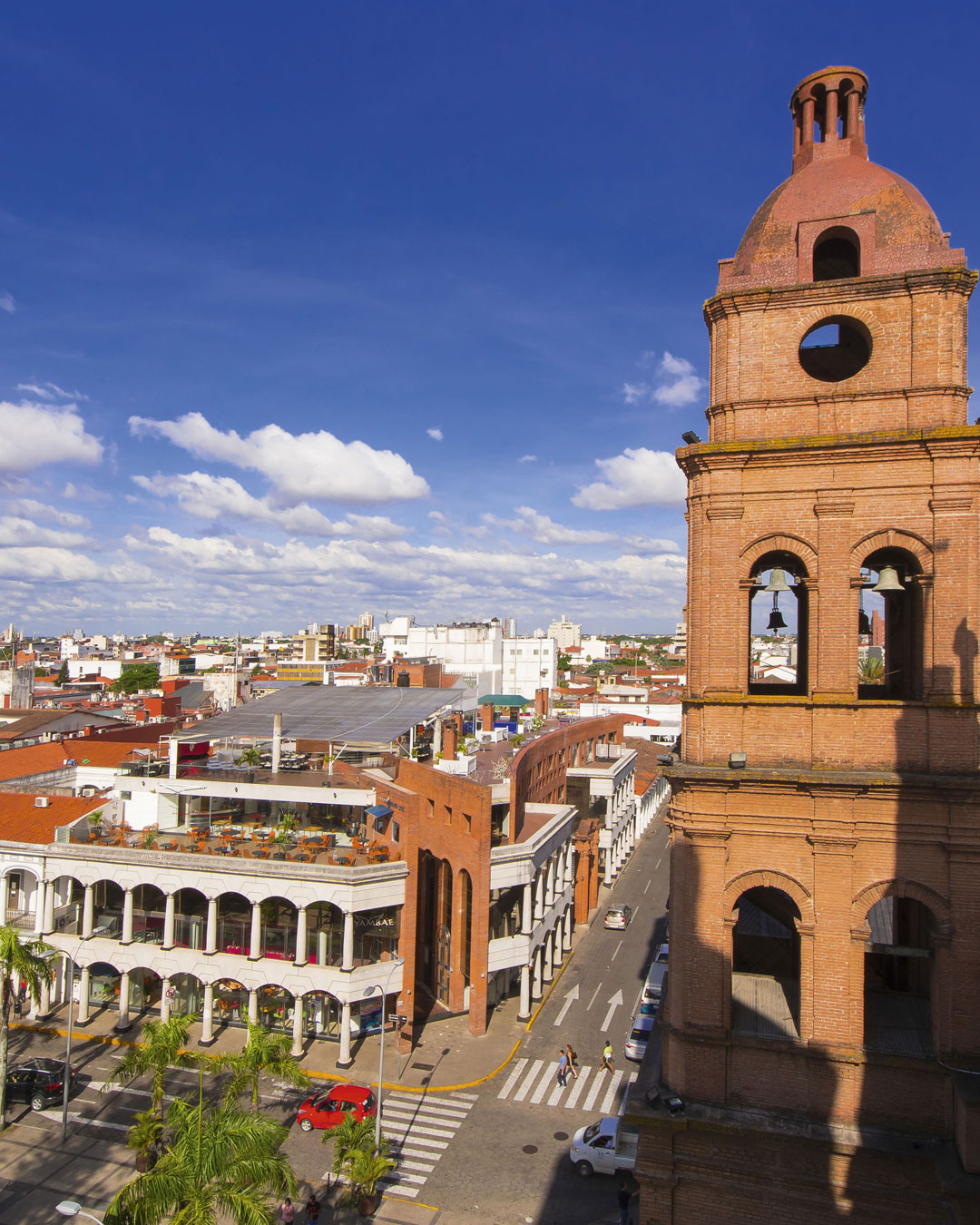 It is a warm weather city located in the vast eastern plains, along the Pirai River, houses the country’s best international airport, Viru Viru, and is located at a height of 416 meters above sea level. Its rapid economic development has become a strategic axis for Bolivia, but the colonial character of “Old Town” and the cheerfulness of its people has remained in the eastern city personality.

The active commercial life of the city, especially in areas of oil, agribusiness and construction, cause that this city has the best tourist infrastructure of the country.

Some attractions in the city of Santa Cruz de la Sierra are: Arenal Park, the cabins of Piraí, Aqualand, Biocentre Güembé. Other attractions in the department of Santa Cruz: Samaipata, Amboró Park, Buena Vista, Jesuit Missions (San Xavier, Concepción, San Ignacio, San Miguel, San Rafael, San Jose and Santa Ana) and the Bolivian Pantanal, to name the most important in a long list of sites of natural beauty.

Samaipata is a paradise that is located 120 km southwest of the city of Santa Cruz de la Sierra, at 1650 meters above sea level, near the town there is an important archaeological site, known as the ceremonial and administrative center of Samaipata, or popularly as “the Fort”, a name taken from the Spanish era fort located on the south side of the rock. This is a huge a mountain carved with two large slots, seats, ponds and animal motifs with which ancient Amazonian origin populations conducive agricultural cycles, is the largest petroglyph land was occupied shortly before the Spanish conquest by advanced Inca, who left some of their decorations superimposed to the trappings originating Amazon, recent research identified the area as a provincial capital of the Incas, who lived in the thirteenth century these lands of eastern Bolivia. In 1998, UNESCO included the Samaipata places on the list of World Heritage Sites.

It is pefect to combine a City Tour visit with The Virgen of Cotoca sanctury very close from the city, wich also has many artcratf stores and typical pastry

Santa Cruz is well known by its beautiful resorts and thematic parks, one of the most visited is BIOCENTRO GÜEMBE, with Butterfly – Bird area.

Close to Santa Cruz it is BUENA VISTA, where you can taste excelent coffee and visit to the church of Los Santos Betrothal, the Museum and the Environmental Interpretation Centre of the Amboró Park.