San Francisco Church in La Paz – Bolivia, Why is it a highlight? 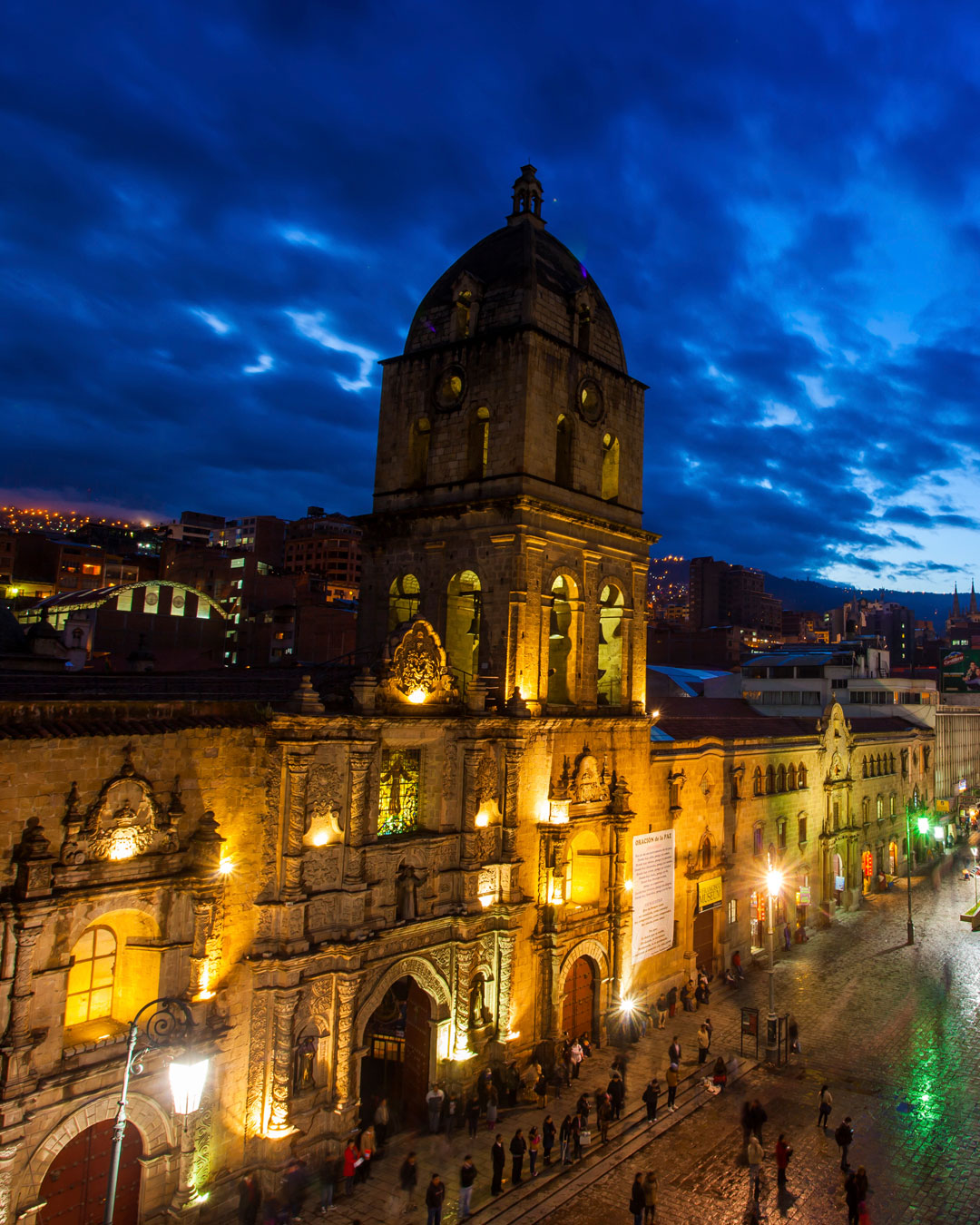 The most important historical building of La Paz is the San Francisco church, started in the mid-eighteenth century to replace an old church of the sixteenth century, as the first attempts to raise a temple dating back to 1549. The architect unknown certainly deserves to occupy a prominent place in the religious architecture, we know that the current building was started in 1744 thanks to the contributions of Diego Baena, a miner that discovered a valuable deposit in Orco river, which was actually the great booster for the implementation and completion of the building.

Both the church and the convent were built with hewn stone, covering the dome and cruises in 1753. The cover this immense mass is precisely those that make up the american decorative repertoires and therefore has been considered within the “mestizo” style. In fact, the church of San Francisco de La Paz reflects all a form typical of the region in the second half of the eighteenth century.

At first glance, the church could be mistaken for any of its sober European counterparts, but a closer inspection reveals that this is definitely a Latin American place of worship. The San Francisco was built entirely by indigenous Aymara workers, left to their own devices, they incorporated a lot of mestizo flourishes into the church walls, which enliven the otherwise austere design. Plain stone walls are frequently broken up by extravagant floral patterns, and symbolic figures such as snakes, ceremonial masks, dragons and birds can be found in the facade. The hewed stone basilica of San Francisco reflects an appealing blend of 16th-century Spanish and mestizo (indigenous-Spanish) trends, mass of rock pillars and stone faces in the upper portion of the plaza is intended to honor Bolivia’s three great cultures – Tiahuanaco, Inca and modern.