La Paz, the political capital of more indigenous representation in Latin America, taking as guardian the Illimani Mountain, La Paz grows on a unique topography, acquiring an appearance that is unmatched by the other cities. It also has its own identity, an aura of legend and mystery, and a highly differentiated character geographically and culturally.

La Paz was founded in 1548 by Alonso de Mendoza in the town of Laja, as a resting point between transit Potosí and Cuzco three days later to be moved further east, to the edge of the plateau where streams start and a warm place called Choqueyapu (in Aymara Chuquiyapu, 'potato field or gold) because of the mild climate of this valley home, crops of potatoes and other gut reactions were magnanimous one hand, or the gold that dragged the river of upper hill.

Murillo Square, is the kilometer "0", pays tribute to the hero of the 1809 Don Pedro Domingo Murillo. From this axis, there is an urban unit with neoclassical architecture and academic: The Cathedral of Our Lady of La Paz, the Legislative Palace and the Palace of Government.

San Francisco Basilica: the temple and monastery were built with stone and completed in mid-eighteenth century. The facade and the interior of the church of San Francisco is of Baroque style. Its altarpiece is famous for the fine fabric of its size, covered in gold leaf.

Calle Jaén is one of the most representative streets in the history of the city, its houses date from the 18th and 19th centuries and it bears its name in honor of the libertarian hero Apolinar Jaén. 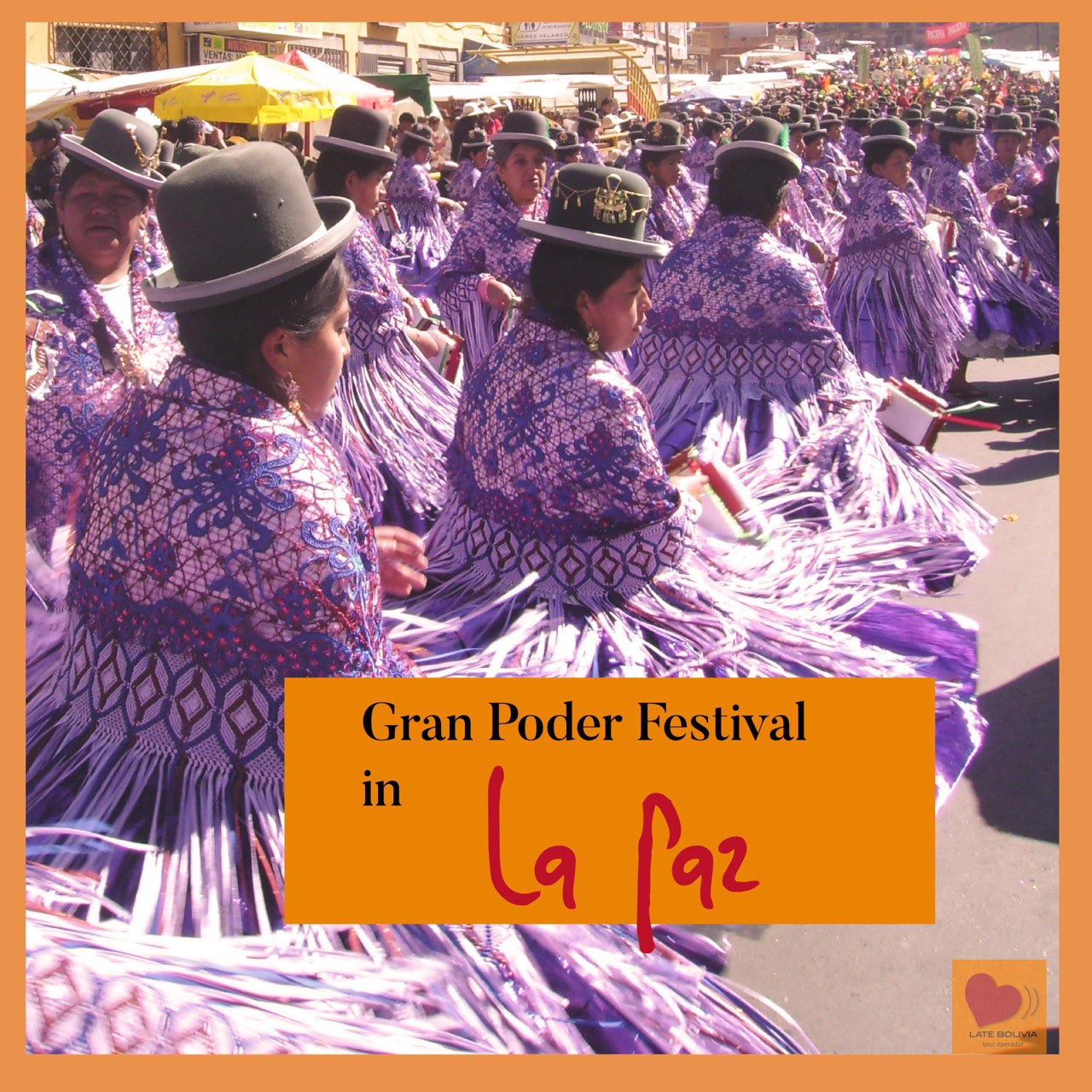 La Paz lives the maximum expression of its folklore in the "Gran Poder" Festival, clothing, dances and traditional costumes that come to life before the eyes of the spectators, the festival takes place in the holiday of the Holy Trinity catholic celebration, in this festival one of the main cultural representatives of the andean region is the "Chola", which is the result of the mixture of Spanish and Indian during the colony.

One of the best examples of Bolivian folklore and culture is in the Ethnography and Folklore Museumis located one block from the Murillo Square.

In the south area of La Paz, rising to almost 4,000 meters up the "Apacheta" and from above begins a fascinating walk, to arrive at the unusual natural formations of the Animas Valley, place that offers rituals of Andean culture, then comes the great Palca Canyon. Returning to the city's rise again between mountain peaks and allows us to reach the Moon Valley, a very interesting geological formation, caused by soil erosion that has consumed the top of a mountain of clay, over the centuries the elements have created a masterpiece of lunar, desert-like stalagmites.

The Teleferico is now a great option to meet the city from a new perspective, we invite you to visit specially the Yellow+Green line wich conects El Alto City with the south zone of La Paz.

Within the department of La Paz are natural wonders like Titicaca Lake and the Madidi National Park, and the most important archaeological site of Bolivia:Tiwanaku.

As for adventure tourism the most visited attraction is the "Death Road" to Los Yungas - Coroico, where you can ride a mountain bike in descent. The proximity of the city to the Cordillera de Los Andes can allowed to climbers to pass into snowy mountain as Huayna Potosi  or Condoriri and hikers to Pre-Columbian Roads of Choro and Takesi.

Location: City of western Bolivia, on Murillo province of La Paz department, being the provincial capital and seat of government of Bolivia.

From Altiplano to Amazonia